He famously caricatured Donald Trump before almost anyone else; he never imagined the political position Trump would hold in our lives today. In a sea of gray-haired fans, Garry Trudeau spoke candidly about a certain orange president with a logic-defying toupee: the inspiration behind his newest book, #SAD! Doonesbury in the Time of Trump. This is Trudeau’s second book after his 2016 release of Yuge!: 30 Years of Doonesbury on Trump.

The first floor of Politics and Prose was already packed at 6:00 p.m. on Oct.1, 2018, although the event didn’t begin for another hour. Over a dozen members of the crowd stood along the outskirts of the room. They lined shelves of books and spilled into the space near the register. 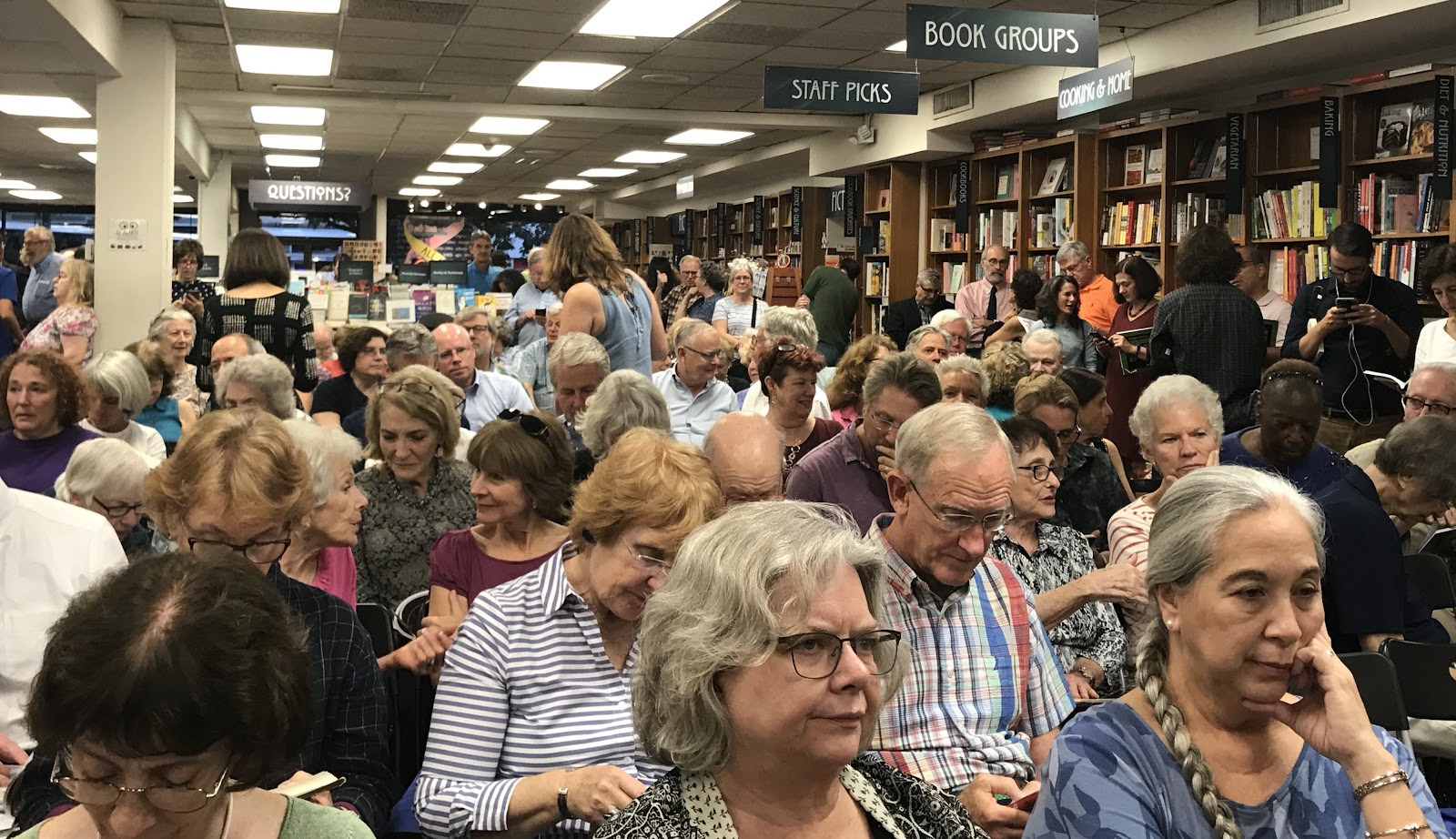 “He’s a genius. He really resonated with my generation during The Vietnam War. We’ve been sitting here for more than an hour. These [signed copies of Trudeau’s book] are my Christmas presents,” Pittsburgh-native Cheryl Marquis said. “This is huge for me. He really doesn’t make a lot of appearances.” 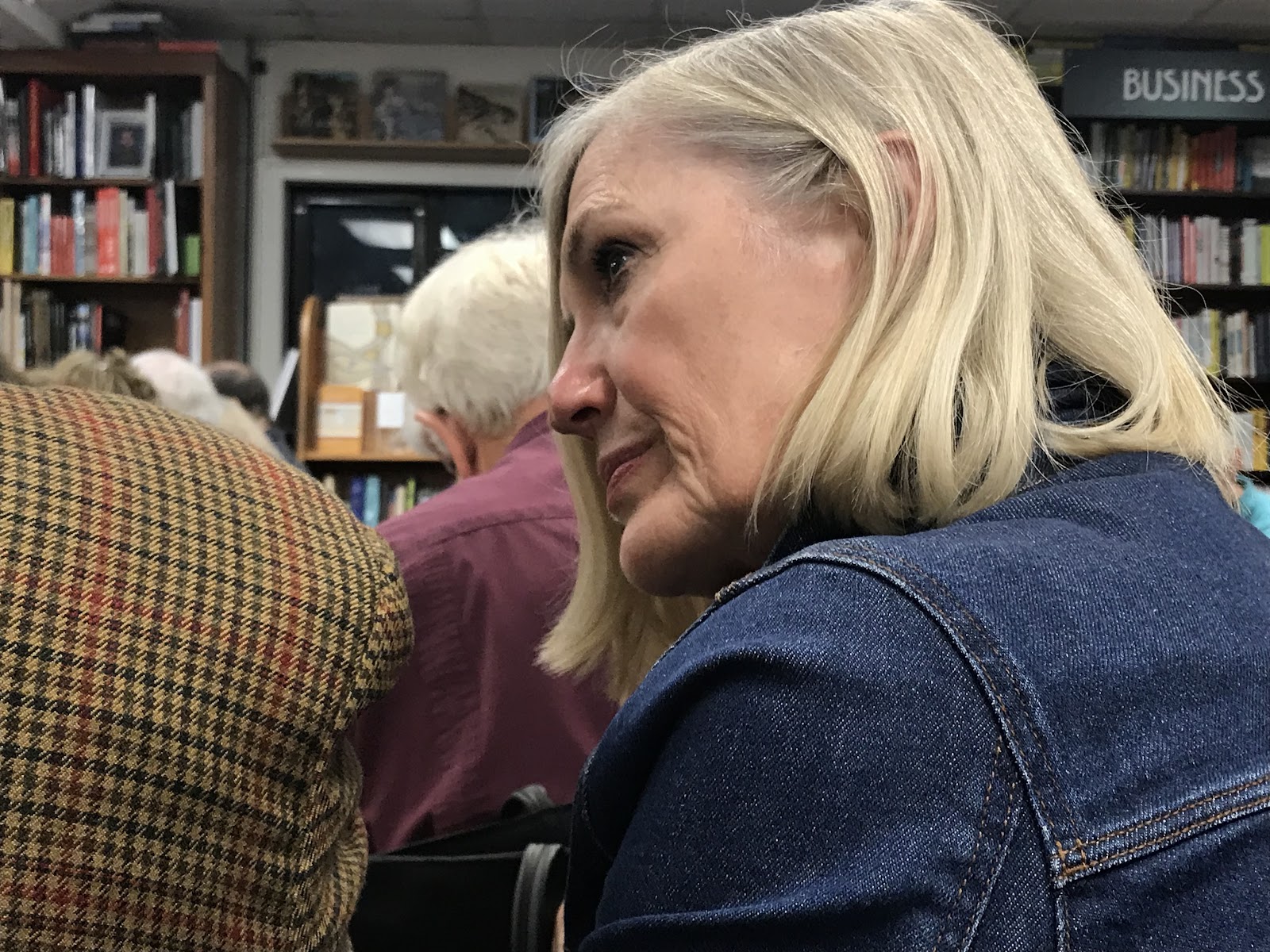 “I’ve been a Trudeau fan for years and years, since my children were young during the Vietnam War,” said older audience member Mary Feehery. “He’s a real big hero. I follow him in The Post.”

In 1975, Trudeau was the first daily comic strip artist to win the Pulitzer Prize; multiple re-nominations followed in 1990, 2004 and 2005. His other awards include: The National Cartoonist Society Newspaper Comic Strip Award in 1994 and the Reuben Award in 1995.

He has contributed writing and illustrations to a variety of publications including: Harper’s, Rolling Stone, The New Republic, Time, The New Yorker, The Washington Post and The New York Times.

Most recently, he entered the television and film industry with productions including: Tanner ‘88, Tanner on Tanner and Alpha House. He is also well known for his writing on military issues that has won him recognition from organizations such as The Department of the Army.

“You haven’t made it until you’ve been referenced in Doonesbury,” said Politics and Prose co-owner Bradley Graham, as he introduced Trudeau to speak. Politics and Prose is the only bookstore Trudeau is visiting for his newest book.

“There are worse things to spend your tax cuts on,” joked Trudeau, referring to his new book.

“This is a little different than other readings you may have come to in that I’m not gonna read anything,” Trudeau prefaced, earning laughter from the audience. He began by referencing instead the meme: “there’s a tweet for that” and the version he has coined: “there’s a Doonesbury for that” to explain the recurring relevancy of old comic strips. 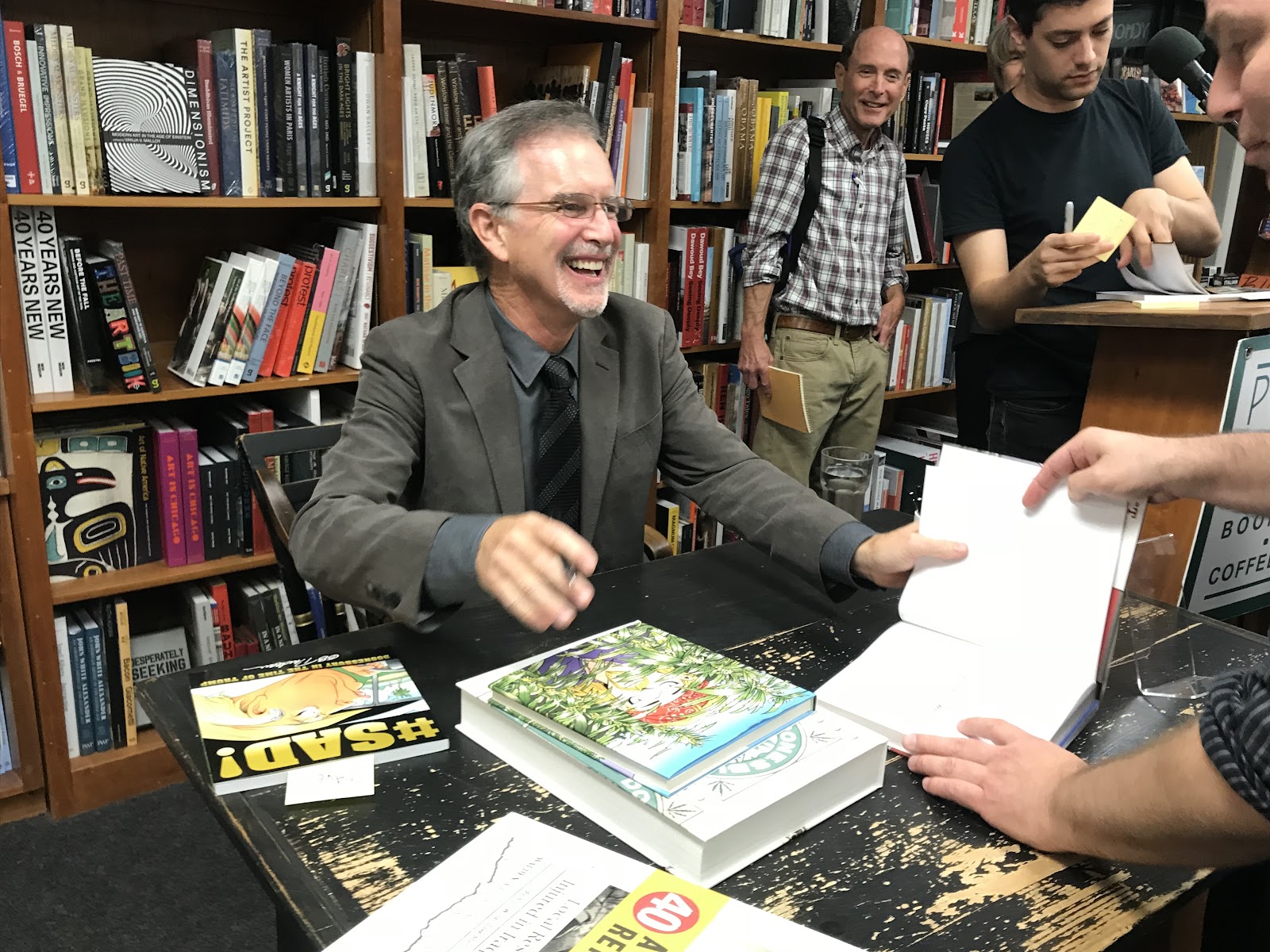 By way of example, he paraphrased a Doonesbury strip about Chairman Mao telling his translator: Honey to tear down The Great Wall and then rebuild it a few days later.

“It’s not a crazy idea for someone to just to tell him the wall has been done,” Trudeau said, creating a reference with new political significance in 2018.

Drawing from the book’s introduction, Trudeau called satire’s mission statement “to afflict the comfortable and comfort the afflicted.” He did admit “satire rarely changes minds,” yet earnestly argued that at this moment in history, “it is all we have.”

Trudeau vacillated between seriousness and levity in the audience-directed question and answer session that followed.

When asked about the order of the strips that appeared in the book and some of their connections to Trump specifically, Trudeau explained that he sees Trump as cultural subtext. The goal of the strips was to mirror what it feels like to be living in America right now, “this kind of shared nervous breakdown we all are having.”

Trudeau took the audience through the typical week in his life as a comic. He called it a state of “sustained panic.”

On Mondays he ruminates on news and starts making lists of things that interest him. On Tuesday, he comes up with an idea and gathers information. “If I didn’t have time to research, I’d just make it up. It’s a comic strip,” Trudeau said.

He often creates strips out of order. By 2:30 pm on Friday afternoon, what his kids call “daddy’s mad day,” the comic is done.

Trudeau spent some time referencing his recent projects in the television world. “Turns out I really like collaborating. It was a huge surprise,” he said.

During the filming of Alpha House with the director: Robert Aldman, he recalled listening in vain for a word of the script he had written. When Trudeau asked Aldman about it later, the director replied: “Trudeau you know why you write? You write so the characters know who they are.”

There was no shortage of jabs at Trump’s appearance sprinkled throughout the talk. “He was ready right out of the box like Daffy Duck. I didn’t even bother to caricature him, it was a fairly straighthead drawing,” said Trudeau. “Drawing Trump is a journey, you never really get there.”

Later, when an audience member asked: “is it hard to render Trump’s hair?” Trudeau quipped: “only in that it’s hard to understand.”

Jokes aside, there were poignant moments in the talk where Trudeau addressed contentious current events.

One audience member inquired on how it felt being a Yale graduate in light of the recent Kavanaugh hearings. Trudeau seemed genuinely upset and replied “not good.”

He explained that he wrote early comics critiquing Kavanagh’s fraternity, while he was still at Yale. Trudeau said the fraternity had a bad reputation even then.

Another audience member asked if Trudeau had ever spoken to a conservative crowd about his work. He answered by saying he tries to create characters with different points of view, but that in recent times it is getting “harder and harder to hear the other side.”

“If we stop being horrified, stop being offended, we are lost. Public service cannot continue to be reviled if we’re gonna survive,” said Trudeau in his closing comments.